Lea Verou joins Jen Simmons to talk about CSS, and tell us all about things we can do with CSS today that you might not know about already. Lea also tells us a bit about her adventure recreating the Line-mode browser at CERN. 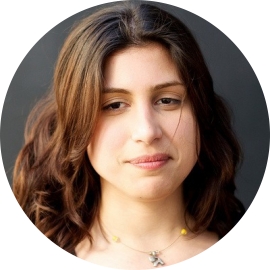 Lea Verou is a Greek front-end engineer, web designer, and speaker who focuses on the latest in web standards, CSS, and JavaScript. She holds a Bachelors of Science degree in Computer Science from Athens University of Economics and Business. In addition to being a co-founder of the Greek startup Fresset Ltd, she has worked for W3C/MIT and is an Invited Expert for the CSS Working Group. Lea is working on writing a book on “CSS Secrets” for O’Reilly Publishing, and has had numerous articles published in Smashing Magazine, A List Apart, and .net magazine. Her past speaking engagements include An Event Apart, Smashing Conference, and Future of Web Design.

This is The Web Ahead, a weekly conversation about changing technologies and the future of the web. I'm your host, Jen Simmons, and this is episode number 58. I want to start out by saying thank you so much to the sponsors of today's show: HostGator, Artifact Conference and the JavaScript Summit. I'l talk about those later in the show.

Today we're going to talk about CSS. CSS being, of course, one of the big foundations of the web, not one of the necessities, I guess you only need some HTML,a a URL, and a HTTP request to technically have a website but websites today, of course, all also use CSS to style them and to lay things out and to make them look like it's later than 1992.

I think that we underestimate CSS. As I learn more and more, sometimes I'm on Twitter and I just stumble across a link, and suddenly there I am, watching a video of some completely awesome presenter, blowing my mind, teaching me things about CSS that I had no idea were possible. In a presentation that is, like, one of the best ways, formats, a whole new format of a way to give a presentation. I just thought, well, I should get that person on the show. And, so, hello, Lea Verou.

By the way, if people haven't listened already, episode 49 of The Web Ahead, Rachel Andrew came on and talked about CSS layouts. She explains Flexbox, Grid layout, regions and more. There's several different new CSS modules having to do with layout and being able to do layouts in a completely different way. We spend that whole hour and a half just talking about that.

But it seems... you could lay out the navigation, for example, and to get the links to spread out across the full width of the thing that they're in, center themselves so that they're equally spaced from each other. Filling up the whole available box. If your user's browser doesn't support that code, you write the original code of just, the old-school, putting navigation down and let the new stuff override it. To be savvy about the use of that particular thing so that it does degrade gracefully and you can use it in small ways. A lot of people use IE classes to target IE6, 7 and 8 with a specific class. You could put the entire layout into one of these new modules and then go back and write an entirely separate layout for IE, old IE. It's just a lot of work. It feels like, to me, it's just too much work to do that.

That's interesting. Yeah, and you can follow the show The Web Ahead @thewebahead on Twitter and of course always go to 5by5.tv/webahead to check out past shows. Or subscribe in iTunes. Sometimes it's easier to see all the way back to episode 1 in the actual iTunes interface. If you're a new listener and haven't listened to all the other shows, you can, because they don't go out of date. I think almost nothing as gone out of date. Even all the way back two years. All this information is still current. You can always go back and listen to the old shows.

Speaking of iTunes, if you're a fan of the show, which you must be if you've listened this late in the show. Or maybe you hate the show and you listened to the whole show. [Laughs]

Lea
Maybe they jumped directly to the end. [Both laugh] Just to find out what's there.
Jen

It would be very helpful for you to go over to the Apple store, the iTunes store, and rate the show and leave a review for the show. It's been awhile since I've asked people to do this and it really does help the show get more visible in the store, which helps more people find it. If you think it's helpful, if you like the show, if you think other people would get something out of it and they should know about it, then go leave a review. Go rate the show and help it get a little more visibility inside the iTunes store. That would be very helpful.

That's it. Until next time. Thank you all for listening.

Thanks to our sponsors: Artifact Conference (use code WEBAHEADfor $100 off), Javascript Summit (use code WEBAHEAD for 20% off), and HostGator (use the coupon code JENSENTME10for 30% off — or until Oct 22, SWITCHITUP for 50% off). 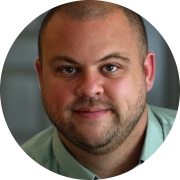