App Cache, Web Storage, IndexedDB, and others are powerful new technologies that change the nature of the web. These technologies are mature and ready-to-use, but so far, we aren't seeing them be used very much. Why? What is possible? What could change? John Allsopp joins Jen Simmons to discuss. 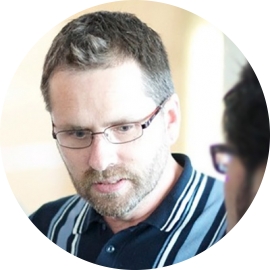 John is a co-​​founder of the Web Directions conference series, and author of one of the earliest books on Microformats. As a software developer, long standing web development speaker, writer, evangelist and self proclaimed expert, he’s spent the last 15 years working with and developing for the web.

As the head developer of the leading cross platform CSS development tool Style Master, and developer and publisher of renowned training courses and learning resources on CSS and standards based development, and author of the highly regarded “Dao of Web Design” he has been widely recognized as a leader in these fields.

You have to get away from the idea that increasingly everyone's going to have desktop-quality network connections everywhere they go with every device that they use. Honestly, it's not going to happen.

Sure. Ok. So let's start I guess with app cache or the HTML5 application cache. Which is a way of telling the browser what resources that you want to be stored locally. So when it hits a website, in your website you have a thing called a manifest, which lists all the resources that you want the browser to store locally and just use locally. They could be images, they could be JavaScripts, they could even be HTML blocks. It also lists resources that you don't want the browser to ever cache, right? They might be API calls, they might be very fast changing resources that you just don't want the browser to cache but to always refresh from the server. And it also allows you to provide some fallbacks for when a user's offline. That image hasn't been cached, do I have a fallback for that? In a nutshell, essentially what it allows you to do is to build a website or web application that once a user has visited it, they don't need to be connected to the web to use that the next time they want to use it, right? So if you want to make an entirely offline web application using it, you can. And this works particularly well in iOS and Android and tablet and mobile platforms. Because those users are sort of less likely to have this sort of constant always on, always good connection. But it also has a benefit, even if you feel like, "That's not really a use case that's common for my users." It actually helps your performance quite a lot. Because you essentially can take things like fonts, JavaScript, resources that don't change much, if at all, you know, images. And once they've been downloaded once by the browser, they just don't have to get downloaded. So the next time or any time the user revisits your website, they essentially, all these resources can be taken from the local cache and the page speed increases dramatically. It also has the benefit, and this is something when we talk about offline, I think we often think, "That's about the client being offline, that's about a browser not being connected." But remember, servers go offline, too. They go offline because something really bad happens at Amazon Web Services, by way of example, and many other places or your own host. They go offline because they've been slammed with a ton of traffic and they just can't keep up with the requests. There's a whole lot of reasons why servers go offline. So you can move more and more of the logic and the heavy lifting into the client, you don't only get the benefits when the client's not connected, you get the benefits when the server is less well-connected or not connected at all. So that's what application cache is about.

The next one that's very commonly used is web storage. And there are two facets to this which are very similar. There's local storage and session storage. And what they allow you to do is very simply store data in the browser to be reused. If a user's taking photos, for example, you could potentially keep them locally and then you might synchronize with the server at some other stage, either when the user is reconnected or even if they are connected, at some part of the process where it makes sense. There are all sorts of use cases for it. The more you think about the value or storing things locally, the better you can create your user's experience. In a sense it replaces cookies, which we've had around for a very long time. The challenge with cookies are they're not designed for this. They're always passed to the server. They're incredibly insecure because everything's passed to the server in the plain. So unless your application does all the encryption and protection, whatever's been stored in the cookie gets sent over the wire without any encryption at all. So the role here is to sort of replace cookies and replace the need to talk to the server really so much. 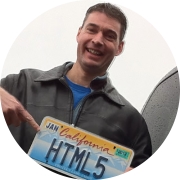